To honor the 50th anniversary of the historic Apollo 11 Moon Landing on this day in 1969, the LEGO Group today kicked off a month of worldwide events to inspire the next chapter of space exploration, informed by the results of a global survey among children aged eight to 12 years old regarding space exploration. Additionally, the company partnered with Scholastic on an educational program that will send 50 children to NASA Space Camp in 2020. The program will reach teachers in Title I school districts across the United States.

Kids are Interested in Space
According to a Harris Poll/LEGO® survey1 conducted in the US, UK and China , 86% of children aged 8 to 12 say they are interested in space exploration, and 90% of them want to learn more. Interestingly, 83% of parents (averaged across the three countries) who participated in the survey believe their children are interested in space, yet only 53% of kids say their interest in space is fueled by their parents, citing teachers (79%) and the internet (71%) as primary learning sources.

Fifty years ago, Apollo 11 carried NASA astronauts Neil Armstrong, Buzz Aldrin, and Michael Collins to the moon, and today’s children are well-versed in the history of global space exploration. In a multiple-choice question, most kids (85%) can identify Neil Armstrong as the first person to walk on the moon (88% in the US, 87% in UK, 79% in China ). Today’s kids also could not be fooled, with only 2% believing it was Buzz Lightyear.

Nearly all children aged eight to 12 from China (97%), US (88%) and UK (87%) envision a human going to Mars in the future. In China, about a quarter (24%) of kids who think humans will go to Mars say it will happen either this year or next. Three-quarters of kids believe that humans will live in outer space or on a different planet, though kids from China are more likely to think so (96%) than are kids from the US (66%) and UK (62%). Similarly, when asked if they personally would like to go to outer space or a different planet, kids from China are more likely to say ‘yes’ (95%) than are kids from the US (68%) or UK (63%).

The survey also revealed that today’s children are three times more likely to aspire to be a YouTuber (29%) than an Astronaut (11%). When asked ‘which … careers are part of space exploration?’ Astronaut was the most chosen answer (90%), followed by Engineer (58%) and Computer Programmer (52%). Only seven percent of children see a role for a Farmer/Gardener in the space program, an indication that kids may not realize all of the different jobs required to support space travel. 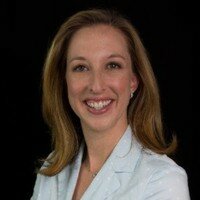