Researchers from The Global Wellness Institute reported that Americans spend more on physical activity than consumers anywhere else in the world – about $265 billion. This mind-blowing sum means that Americans make up one-third of the physical activity market. With our strong focus on health and exercise, it’s no surprise that personal biometric devices are a big seller.

In 2008, Fitbit became America’s first step counter to track daily activity. No longer was it enough to simply exercise, consumers now wanted to see the numbers behind their movements. Since its initial release, Fitbit’s tracking capabilities have become increasingly robust, and can answer all sorts of questions: How many miles did I walk? How many calories did I burn? How rested am I after last night’s sleep? What’s my heartrate while running hills? Did that afternoon meeting spike my stress levels?

According to Harris Brand Platform data, Fitbit experienced heightened brand equity scores between May and August 2021. Brand equity captures the overall value that consumers see in a brand at a particular point in time.

At its height in July, Fitbit reached a brand equity score of 60.6. In Fitbit’s case, this increased consumer enthusiasm aligned with several key product announcements, signaling positive responses from US adults familiar with the Fitbit brand.

Between May and August, much excitement circulated around the Fitbit Luxe (released April 2021). The Fitbit Luxe promised a sleeker and more fashionable fitness tracker, with multiple available bands to make the wearer’s Fitbit look like jewelry. Wearers even have the option of buying a metal link band designed by the jewelry brand gorjana.

In May, Fitbit’s CEO James Park announced that Fitbit’s future smartwatches would integrate Google’s Wear platform, hinting greater functionality in the months ahead. Lastly, in July, news leaked of a potential Fitbit Charge 5 design, teasing a new device predicted to release later in 2021.

Together, these announcements generated a significant amount of excitement among those familiar with Fitbit’s product offerings, and anticipation for the releases.

Understanding what the consumer wants

In March, The Harris Poll asked adults who have used, or who are interested in using, a biometric tracker what health factors they would like to monitor. Physical activity (55%), blood pressure (48%), sleep (37%), and respiration (32%) topped the list.

With Fitbit’s product updates, these most desired features are trackable with Fitbit wearables (some only to paid Premium members), an important step in meeting consumers’ desired product capabilities. Additionally, Fitbit released a Stress Management feature in Spring 2021 that allowed wearers to monitor and better manage daily stress.

Want to read more about emerging trends in the personal wellness industry? Check out our Health & Personal Care: An Industry Snapshot report for more insights and brand rankings.

With Wear OS, Fitbit wearers would have the ability to check emails, smartphone notifications, and Google maps. This move would help Fitbit compete with (or surpass the appeal of) top-selling smartwatches, such as the Apple Watch.

All four components of Fitbit's brand equity score (familiarity, quality, consideration, and momentum) increased from May to July.

Fitbit also saw a considerable amount of lift in their momentum score (+5.6) showing that consumers think that the Fitbit brand is on the way up.

While overall awareness of Fitbit remained about the same from May to July, the brand's scores increased across all other phases of the sales conversion funnel.

The increases were particularly significant in the recommend (+5.5) and usage (+3.2) phases of the consumer journey. This shows that consumers were more likely to use and recommend Fitbit products in July than they were in May, a healthy trajectory signaling brand growth.

The future of wearables

In 2022, consumers look to data to make decisions daily. Whether analyzing how many calories are in their mid-afternoon snack, or how ramping up their air conditioning impacted last month's electricity bill, we have become reliant on numbers. Wearables have followed a similar trend, as Fitbit and their competitors have tracked ever more stats on users' fitness and recovery efforts.

Looking ahead, we will have to watch which new health factors consumers prioritize tracking, and how personal biometric data is utilized to make personal health decisions. While the future remains uncertain, it seems a safe bet to assume that we will continue to rely on increasingly large amounts of valuable data to improve our long-term health and wellness. 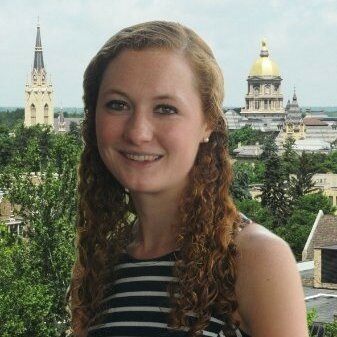